Trump saluted America in A #MAGA July 4 event, despite critics, What Do you Think About His Speech? 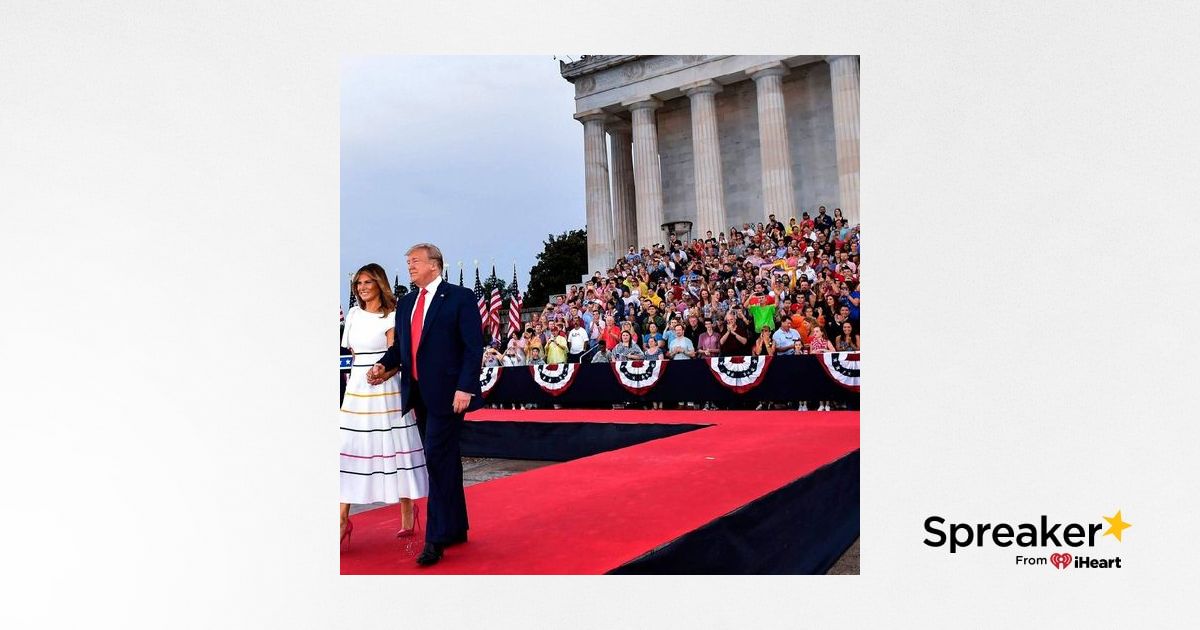 Trump saluted America in A #MAGA July 4 event, despite critics, What Do you Think About His Speech?

Trump salutes America in elaborate July 4 event, despite critics — and a downpour of rain
Despite concerns that he would use the Fourth of July event as a glorified campaign rally, President Trump used his “Salute to America” speech Thursday evening to praise the men and women of the armed forces and American exceptionalism. With the Lincoln Memorial as a backdrop and flanked by camouflaged … See More Bradley fighting vehicles, Trump stuck mainly to the script during his speech – praising the spirit that “runs through the veins of every American patriot” and attempting to strike a more unifying and conciliatory tone than he is generally known to take.

While Trump’s speech set a unifying tone, the lead-up to the event was far from harmonious – with Trump’s opponents,especially 2020 Democratic presidential candidates, slamming him on everything from the cost of the event to the perceived exploitation of the holiday for a political purpose. Two outside groups, the National Parks Conservation Foundation and Democracy Forward, want the Interior Department’s internal watchdog to investigate what they say may be a “potentially unlawful decision to divert” national parks money to Trump’s “spectacle.”

White House seeking all options on citizenship question for 2020 census
President Trump on Thursday doubled down on his push for a citizenship question on the 2020 Census, promising that his administration is “working very hard” on the controversial issue — as reports say he is mulling using an executive order to get the question on the census. “So important for our Country that the very simple and basic ‘Are you a Citizen of the United States?’ question be allowed to be asked in the 2020 Census,” he tweeted. He added that the Commerce and Justice departments were “working very hard on this, even on the 4th of July!” Earlier this week, Commerce Secretary Wilbur Ross announced that his department was going ahead with the printing of the census without the citizenship question, apparently indicating that the administration had dropped the controversial issue. That decision came after a Supreme Court ruling last week that blocked the citizenship question for the time being until more reasoning from the administration was provided.

Ocasio-Cortez calls border officials liars after new report on offensive Facebook posts
In a Twitter message Thursday, Rep. Alexandria Ocasio-Cortez, D-N.Y., branded the leadership of U.S. Customs and Border Protection as liars after a news site reported that CBP officials knew much longer than they claimed about a Facebook group on which some past and current CBP employees had posted offensive material. Ocasio-Cortez was the subject of some of this material. ProPublica, a self-described non-profit news group, reportedly has obtained screenshots of doctored images of Ocasio-Cortez, including one that shows a smiling PresidentTrump forcing her head toward his crotch.

According to Politico, top CBP officials had known about offensive posts “for up to three years” – even though officials claimed this week that they had only recently learned about them. “Looks like CBP lied,” Ocasio-Cortez charged Thursday, one day after the Politico story appeared. “Reporting shows they knew about it for *years.* This is a big deal.”

Ted Cruz schools Kaepernick, adds ‘context’ after ex-NFL star quotes Frederick Douglass ‘Fourth of July’ speech
Sen. Ted Cruz responded Thursday night after former NFL quarterback Colin Kaepernickposted a passage earlier on the Fourth of July from a famous speech by Civil War-era abolitionist Frederick Douglass. The passage Kaepernick cites is from Douglass’ speech, “What to the Slave is the Fourth of July?” Douglass delivered to the speech at a meeting of the Rochester Ladies’ Anti-Slavery Society in Rochester, N.Y., on July 5, 1852 – nearly nine years before the Civil War began.

Kaepernick posted the following portion, without adding any comments: “What have I, or those I represent, to do with your national independence? This Fourth of July is yours, not mine…There is not a nation on the earth guilty of practices more shocking andbloody than are the people of these United States at this very hour.” “You quote a mighty and historic speech by the great abolitionist Frederick Douglass,” Sen. Cruz writes in response, “but, without context, many modern readers will misunderstand.”

Closely watched June jobs report to be released Friday
Wall Street will be closely watching Friday’s release of the June jobs report, which could provide insight into whether the Federal Reserve will cut interest rates at its July meeting. As the U.S. enters the longest economic expansion on record, investors are looking at the Department of Labor’s monthly payroll and unemployment data for signs that the rapid job growth over the past two years is softening and lending way to an overall growth slowdown.

MINDING YOUR BUSINESS
US energy independence race producing tons of oil, not so much profit.
These are the most patriotic brands in the US, consumer report reveals.
Presidential salaries, from George Washington to Donald Trump.