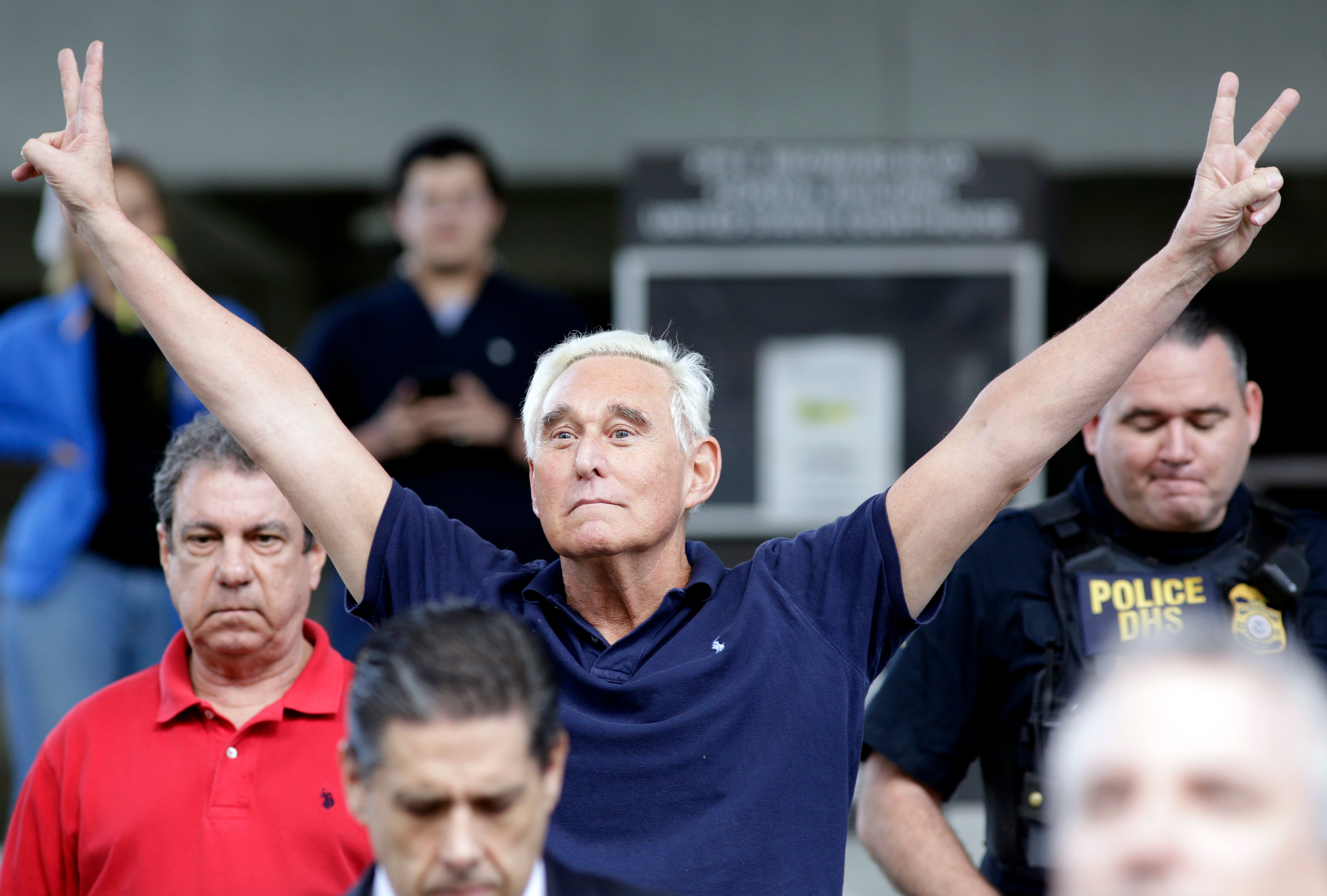 In a 56-page ruling Thursday, U.S. District Judge Amy Berman Jackson wrote Stone had “no one but himself to blame” for his indictment, clearing the way for his trial to begin as scheduled Nov. 5. ROGER STONE’S TRIAL MAY FEATURE CLIP FROM ‘THE GODFATHER: PART II’: REPORTJackson concluded Stone was not targeted for political reasons, noting that 11 other individuals were indicted by Mueller’s request for making false statements to Congress. The judge also noted other Trump associates and family members who were not indicted after Mueller’s investigation despite their very public conservative views and open support for President Trump, Politico reported.“When he chose to take credit for the WikiLeaks release and to tantalize the public with hints that he had inside information about more to come, he chose to place himself directly in the vortex of the issues that became the focus of multiple law enforcement, counterintelligence, and congressional investigations,” Jackson wrote.Stone filed four motions to have his indictment scrapped, arguing that he was unfairly singled out during former Special Counsel Robert Mueller’s investigation into Russian interference in the 2016 election due to his outspoken support for President Trump. In order to prepare for trial, Jackson also ruled Thursday that Stone’s lawyers would be allowed the see the “bulk” of the redacted material in Mueller’s report, CBS News reported. That information was previously withheld as not to affect ongoing prosecution of the case, Jackson said. The redacted statements will not be made public. Stone was accused of obstruction of justice, witness tampering and lying to Congress under oath in an effort to mislead the House Intelligence Committee and the FBI about alleged dealings with WikiLeaks during the 2016 presidential election, Politico reported. CLICK HERE TO GET THE FOX NEWS APPA federal judge on Thursday rejected four motions from former Trump associate Roger Stone contesting his indictment on obstruction of justice, witness tampering and other charges, adding that Stone has “no one but himself to blame” for having to stand trial in November.