With Peace In North Korea And China Trade Deals, Don’t You Think It’s Time Trump Got A Nobel Peace Prize? 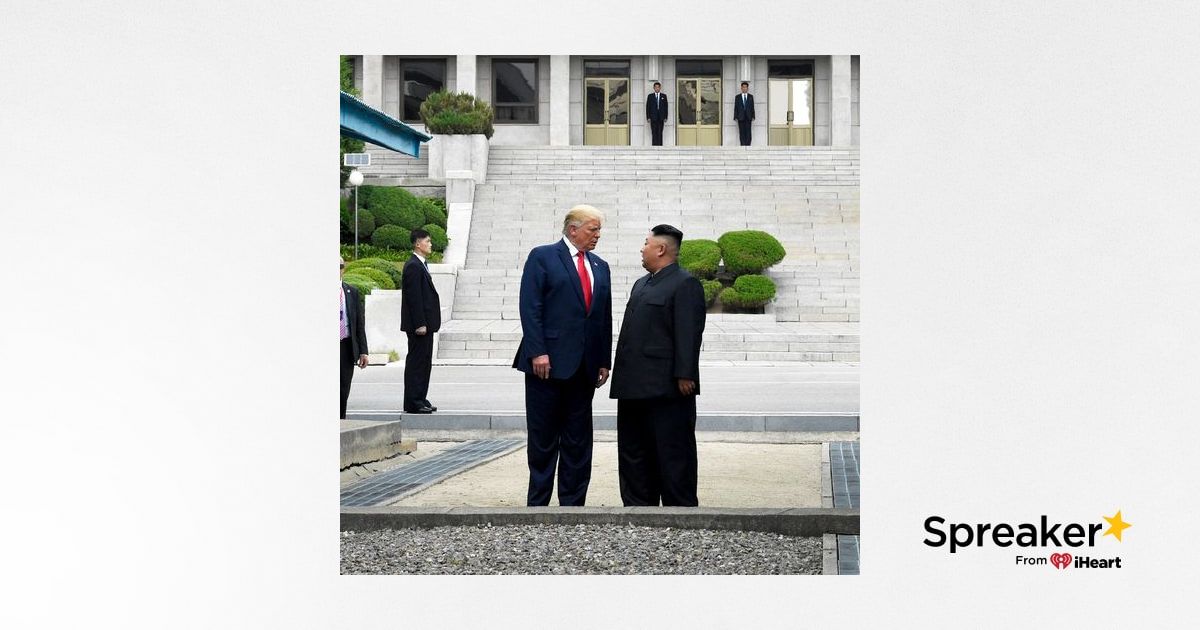 With Peace In North Korea And China Trade Deals, Don’t You Think It’s Time Trump Got A Nobel Peace Prize?

Fox News Exclusive: Trump tells Tucker Carlson he’s optimistic about trade deal with China, slams Big Tech bias
President Trump expressed optimism about a possible trade deal between his administration and Chinese President Xi Jinping,during an interview with Tucker Carlson set to air Monday night on Fox News. Trump had met with Xi during the G20 summit in Osaka and … See More described the meeting as “excellent” before saying the two countries were “back on track.” “We had a very good meeting,” thepresident said. “He wants to make a deal. I want to make a deal. Very big deal, probably, I guess you’d say the largest deal ever made of any kind, not only trade.”

Trump sat down with Carlson during the president’s trip, which included stops in Osaka, Japan, for the G20 summit, and a first-of-its kind visit by a U.S. president to North Korea, meeting with dictator Kim Jong Un at the Demilitarized Zone (DMZ), which Carlson witnessed. During the interview, the president also ripped alleged biases from Big Tech, which includes Facebook, Google and Twitter, saying, ” They were totally against me. I won … They fought me very hard. I mean, I heard that and they’re fighting me hard right now.”

Trump and Kim agree to revive talks on nuke problem in historic visit, but what’s next?
President Trump made history this weekend by becoming first sitting U.S. president to set foot in North Korea when he took 20 steps into the Hermit Kingdom. The event in the Demilitarized Zone also included a roughly 50-minute meeting behind closed doors, the first face-to-face sit-down between the two since their failed summit in Hanoi in February. The two leaders have agreed to revive talks on North Korea’s nuclear program, with Trump saying “speed is not the object” and “we’re looking to get it right.”

The president’s critics, especially Democrats looking to run against him in 2020, are skeptical and have called the latest meeting between Trump and Kim another elaborate photo-op and accused the president of “coddling” dictators. Other critics have wondered whether Trump will ever reach an actual deal with Kim, noting that nothing of substance was achieved in their previous two meetings. Still, Harry J. Kazianis, director of Korean Studies at the Center for the National Interest,wonders whether Trump’s unconventional diplomatic approach to North Korea is worthy of a Nobel Prize. Stay tuned.

Kudlow: No ‘amnesty’ for Huawei
White House economic adviser Larry Kudlow on Sunday tamped down expectations of a quick resolution of the U.S.-China trade dispute, adding that President Trump’s decision to let Chinese telecom giant Huawei buy some additional U.S. products is “not a general amnesty.” Trump announced Saturday that U.S. suppliers will be allowed to sell components to Chinese telecom giant Huawei following talks with Chinese President Xi Jinping. In an interview on “Fox News Sunday,” Kudlow said Trump’s move does not mean the administration no longer regards Huawei as a surveillance agency of the Chinese Communist Party. Still, U.S. stock futures jumped ahead of Monday’s open as investors reacted to the progress between the U.S. and China at the G20 Summit.

Fox News Exclusive: Friends of Utah student say suspected killer was ‘hunting for women’
In a Fox News exclusive interview, friends of the University of Utah student Mackenzie Lueck said Sunday they believe the suspect arrested in her disappearance and murder was “hunting for women.” Lueck, 23, disappeared after police said she met with the suspectidentified as 31-year-old Ayoola Ajayi, who was arrested and charged with aggravated murder Friday. The student met with Ajayi around 3 a.m. on June 17 near a park in Salt Lake City after she had been dropped off by a Lyft driver, according to police. “There’s a lot of people that say she deserved this because she put herself in this situation and we don’t officially know that,” Kennedy Stoner, a sorority sister and friend of Lueck’s, told Fox News in an exclusive interview on Sunday. Follow the latest developments on this story on FoxNews.com.

Many 2020 Dems on the chopping block
The Democratic Party’s crowded field of 2020 presidential candidates could quickly shrink as more than half of the contenders are in real danger of failing to meet tougher requirements to participate in the fall round of debates. Short on support and money and bound by tough party rules, once soaring politicians may soon be seen as also-rans. They include: Julian Castro, the former Secretary of Housing and Urban Development under President Obama who is trying to capitalize on his strong debate performance last week; Sen. Kirsten Gillibrand of New York, one of her party’s most outspoken feminists; and Sen. Cory Booker, who first rose to stardom as the energetic mayor of Newark, N.J. Of the 20 candidates who qualified for the first round of debates in June and July, just six right now are sure to appear in the September-October round, when the Democratic National Committee requires participants to hit 2 percent in multiple polls and 130,000 individual donors. – Associated Press