Well, folks.. we are already wearing Masks… I guess we are Transforming America if Joe Biden has his way?! It is becoming clearer every day. Biden, at Muslim voters summit, says ‘I wish we taught more in our schools about the Islamic faith’ Meanwhile, Biden urges Muslim Americans to help him defeat Trump. https://youtu.be/TlcvWjJeA18 “I […]

Biden through the years has made a LOT of mistakes and honestly, he is not fit to be President… Joe Biden faced a swift backlash on Friday for suggesting during a contentious radio interview with host Charlamagne tha God that those having a hard time “figuring out” whether to support him or President Trump “ain’t […]

China has signaled it is now seeking a calm end to its ongoing trade war with the U.S. What do you think? 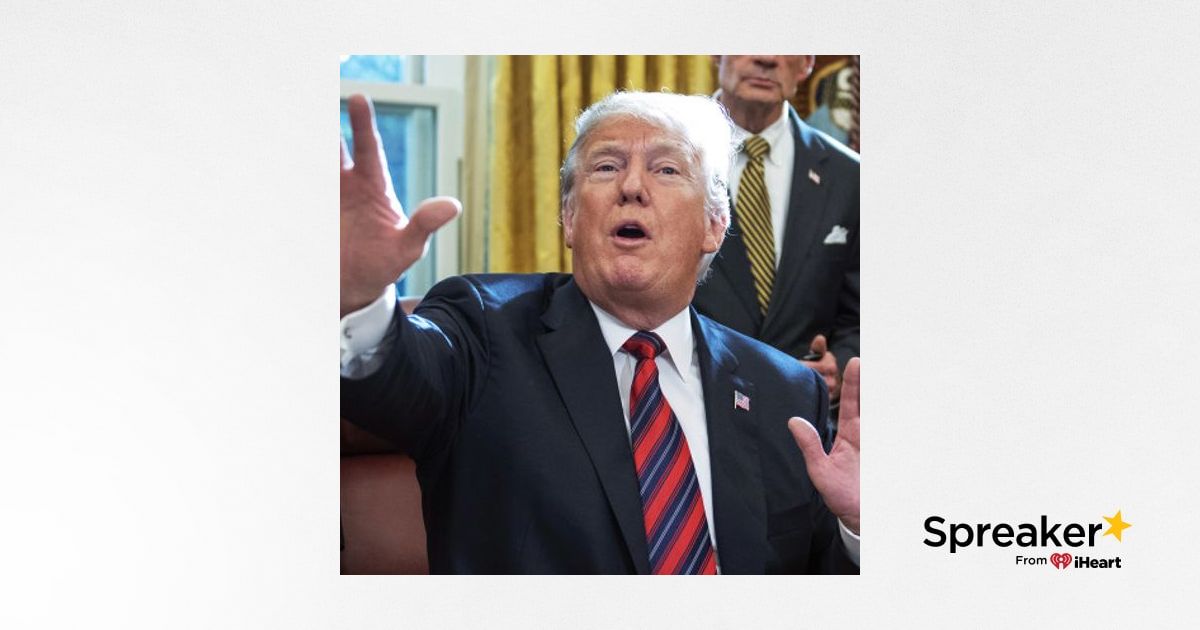 China signaled on Monday it was now seeking a “calm” end to its ongoing trade war with the U.S., as Asian markets crumbled and China’s currency plummeted to an 11-year low following the latest tariffs on $550 billion in Chinese goods announced last Friday by the Trump administration.

News of the possible opening in negotiations came shortly after President Trump threatened to declare a national emergency that would result in American businesses freezing their relationships with China.

Trump’s tariff barrage on Friday was a response to China imposing its own retaliatory tariffs on $75 billion in U.S. goods. At the Group of Seven summit in France on Sunday, White House officials rejected suggestions the president was wavering and insisted that his only regret was not implementing even more tariffs on China.

President Trump on Monday said the U.S. is not seeking regime change in Iran and told reporters at the G7 summit in Biarritz, France, that he hopes to see a strong Iran. Trump’s comments came after a day of tense meetings with his European counterparts about how best to approach Iran and the recent tensions in the region. On Sunday, Iran’s Foreign Minister Mohammad Javad Zarif made a surprise visit at the summit at the behest of French President Emmanuel Macron. Trump insisted that he knew about Zarif’s appearance but did not meet with him.

Hong Kong police have confirmed an officer fired a warning shot as protesters surrounded them and said they arrested 36 people during the latest round of pro-democracy demonstrations. A police news release Monday said that one police officer fell to the ground as protesters threw hard objects at a small group of officers the previous night. The officers could be seen holding up their shields as protesters surged forward swinging sticks and rods. The incident happened after an earlier clash with hundreds of protesters who occupied a main street following a peaceful protest march. Police used tear gas to clear the street, but some protesters remained in the neighborhood. Hardliners confronted police anew after largely holding back the previous weekend. The police deployed two water cannon trucks Sunday for the first time during the 11 weeks of protests. – The Associated Press

Bernie Sanders renewed his attacks on Senate Majority Leader Mitch McConnell at a rally in the top Republican’s home state of Kentucky on Sunday afternoon, demanding that McConnell stop his “cowardice” and “have the guts” to immediately take up legislation aimed at reducing gun violence, strengthening election security and raising the federal minimum wage. The blistering address in Louisville came as national Democrats, hoping to retake not only the White House but also the Senate in 2020, increasingly have set their sights on the 77-year-old McConnell.
Meanwhile, Rep. Ro Khanna, a California Democrat and Sanders’ national campaign co-chair, said on Fox News’ “Sunday Morning Futures” that he believed former Vice President Joe Biden “regretted” making a comment over the weekend about what would have happened had former President Barack Obama been assassinated while on the campaign trail in 2008. The comment stirred up controversy, but a Biden aide said the candidate has used the analogy before when speaking to younger generations who were not alive during the turbulent 1960s. Biden asserted the assassinations of King and Kennedy raised his political awareness and propelled him to run for office.

The Wild West came to Midtown on Sunday when at least three armed bandits — one of whom wore what witnesses described as a cowboy hat — bound workers in a massive jewelry-store heist, according to police. The crooks coolly posed as customers at Avianne and Co. in the heart of the Diamond District, browsing the bling before pulling handguns on the four workers in the shop at the time of the high-noon hold-up, cops said. After restraining the workers with zip ties, the robbers raided the safe and display cases, dumping nearly all of the sparklers into at least one duffle bag before high-tailing it out onto surveillance-camera-lined West 47th Street, according to authorities. – Reported by the New York Post

“We [Delawareans] were on the South’s side in the Civil War,” Biden Quote Refaces

An old quote from the 1980s has resurfaced in which former Vice President Joe Biden, the leading Democrat in the race for the White House, bragged about Delaware siding with the South during the Civil War.

According to Rolling Stone, the quote appeared in the Philadelphia Inquirer on September 20, 1987.

“We [Delawareans] were on the South’s side in the Civil War,” Biden is quoted as saying during a campaign speech he delivered in Alabama.

The same story also claims that Biden bragged to others about how he was given an award by former Alabama Gov. George Wallace, a high-profile racist during his day.

The Biden campaign responded with a statement to Rolling Stone that labeled President Donald Trump a “racist maniac.”

“As a young Senator, Joe Biden declared that if George Wallace — an unhinged, racist maniac — became the presidential nominee of his party, he would support Gerald Ford,” the campaign said. “If more GOP leaders had a scintilla of that same courage in 2016, they wouldn’t be debasing themselves this very minute by defending another unhinged, racist maniac.”

Delaware was a border state during the Civil War and supported slavery at the time.

Biden came under fire last month during a Democratic presidential debate when Sen. Kamala Harris, D-Calif., criticized him for opposing busing during the 1970s.